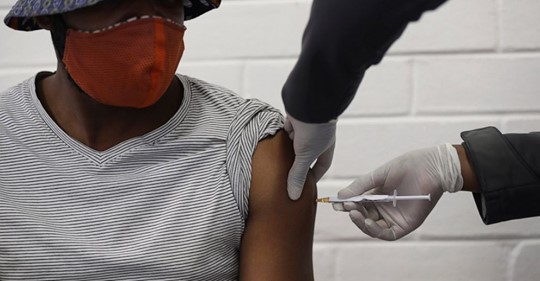 -First participation in a (covid-19) vaccine trial started (wesdnesday) as nervous volunteers received injections, while officials said said the african continent of (1.3 billion) people can not be left behind!

-In the same trend, the large -scale trial of the vaccine developed at the university of (oxford) in (Britain) and (Brazil).South Africa has nearly one third of Africa’s confirmed cases with more than (106.000), including more than (2100) deaths! »South Africa » late (tuesday) reported its biggest one- day death report of(111)!

-(« The Controversy continues in the whole of Africa »)!

-Africans and black people keep on asking themselves why they want to test in (Africa), namely on black people, furhermore, why they don’t test in (Oxford, Paris, Roma, Madrid ,Wuhan,New york and many more)?

-It’s surprising, Africa, the place with only few cases gets the vaccine first, by the way (covid-19) is a disaster in (Italy, spain, France and New york)!